WORX is a power tool manufacturer that has been around for quite some time. They have manufactured a wide variety of different tools, and one of the most popular tools that they have manufactured, and patented, is the “jaw saw”. The jaw saw is a very unique tool that many people are somewhat confused by, but also intrigued by. It’s an effective and powerful tool, and that is why so many people are so curious about what the best jaw saw is.

Today, in this buying guide, we’re going to be taking an in-depth look at jaw saws, so that you can figure out which jaw saw is the best one for you. However, we’re not going to look at specific jaw saws that are deemed “the best”, because, as with any power tool, there isn’t any such thing as “the best”. Instead, the entire process is very subjective and open-ended, dependent on your own needs and specifications, rather than a specific piece of criteria that determines whether or not the jaw saw is “good” or “bad”. 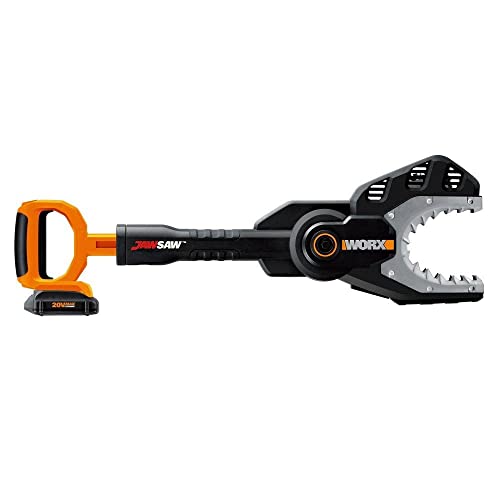 Instead of doing that, we’re going to be looking at the individual factors that go into a jaw saw. Each one of these factors comprises a great deal of your experience using the jaw saw, and by being aware of these factors and considerations, you will not only understand what the best jaw saw for yourself is, but you will also understand a lot more about what a jaw saw does, and how you can use one and utilize its capabilities.

In this buying guide, you are going to learn all about jawsaws. First, we’re going to define what a jaw saw is, and then we’re going to look at the individual benefits that a good jaw saw can provide you. From that, we’ll then begin to look at the specific traits and factors that you will need to consider and think about when searching for the best jaw saw.

Jawsaws come from WORX, and WORX is a reputable power tool manufacturer that has been in the business for a long time. They have manufactured quite a few different power tools, but the jaw saw is one of their most popular, and unique, tools. WORX has released a couple of different models of jaw saw, and they’re all very good, but there are a few differences that each one of them possesses, which does affect the overall experience.

Most people use jaw saws to cut the limbs off of trees, along with cutting up logs, and other, equally similar, applications. And, most people purchase a jaw saw as a replacement for a chainsaw that was used to do those same tasks. You see, chainsaws aren’t that effective when it comes to cutting the limbs off of trees, or cutting up logs and other pieces of lumber. But, with a jaw saw, which WORX has designed for those specific tasks, the entire process is a lot easier.

A jaw saw is a type of saw that looks a lot like the jaw of an animal, and within this jaw, there is a saw. A very powerful saw that can cut up trees, logs, and other types of lumber and debris. Unlike a chainsaw, this particular saw isn’t that fast. Instead, it’s a bit slower, due to the heft and intensity of the blades, and the chain that runs the blades which means the sawing sometimes takes a bit longer, but it’s more thorough, and less oil is used to run the chains of the jaw saw.

What Are The Distinct Benefits Of Owning And Using A Jawsaw, In Comparison To A Chainsaw?

Chainsaws are great. They’re incredibly useful devices that make cutting all kinds of things an easy and relatively effortless process. But, chainsaws also have a couple of flaws that make it a lot harder for you to cut everything that you want with them.

Now, one of the biggest flaws that chainsaws possess is the fact that many chainsaws aren’t that strong. They are strong enough for certain tasks – well, for most tasks – but when it comes to cutting especially thick material, such as logs and tree branches, they don’t always work as well. Chainsaws just aren’t designed to cut those kinds of things most efficiently. Along with that, when it comes to fuel efficiency, a lot of chainsaws struggle with being efficient with the oil that they are given. Electric chainsaws have helped to remedy this problem, to an extent, but it persists.

With a jaw saw, you have the strength and power to effortlessly cut down tree branches and logs, along with all kinds of other items. Using the jaw apparatus that holds the saw, you can cut down just about anything, and this is a great feature that ensures you have the freedom to cut what you want, rather than being constrained to blades that aren’t particularly strong.

Due to the low speed of the chains, jaw saws are a lot more fuel-efficient. Your fuel will last a lot longer, with a jaw saw, than it will with a chainsaw. Since oil can be rather expensive, especially if you need a lot of it, this is a nice feature to have.

Using the extension pole that jaw saws come with, you have a lot more control and flexibility, when it comes to how you are using your jaw saw, and where you are using it.

Ultimately, jaw saws are fantastic because they give you lots of power, fuel efficiency, and the flexibility to cut down whatever you want!

What Do I Need To Consider When Searching For The Best Jawsaw?

Here are four things that you need to consider when searching for the best jaw saw. These are the most important factors that will affect your entire experience with the jaw saw.

How Powerful Is The Jawsaw?
There are two parts to this one, but we’re going to start with the question “How powerful is the jaw saw?” Jawsaws vary quite a bit, and some jaw saws are powerful, and others aren’t as powerful. Now, almost every jaw saw is powerful enough to cut down tree branches and logs, but some of them do a much better job at cutting, than some of the other jaw saws.

If you want to have the power to cut anything and everything, then you should purchase a jaw saw that offers twenty volts of power. That is a lot of power, and with this power, you won’t have any problems cutting just about anything.

Now, if you want a jaw saw that can cut most things well, but not everything, then you should go with a jaw saw that has ten volts of power. You’ll still have access to a tremendous amount of power, but the price will be a bit cheaper.

What Do You Intend To Cut With The Jawsaw?

Most people use jaw saws to cut lumber, such as trees and logs. And, if that’s what you intend to cut, the next question to ask yourself is how thick those pieces of lumber that you are cutting are. If they’re very thick, then you’re going to need a greater amount of power. But, if they’re not that thick, then you won’t need as much power.

Here’s the thing, when people cut lumber, they often don’t know how thick the pieces will be, because it does vary. So, consider how thick the average piece of lumber you cut is, and use that as a way of determining the power of the jaw saw you should buy.

How Big Is The Cutting Diameter?

Extension poles are a necessity for a jaw saw. Unfortunately, not all jaw saws have them. If you find a jaw saw that looks nice, check to see if it comes with an extension pole. Using this extension pole, cutting things that are far away is much easier.

Make sure the length of the extension pole is at least six-feet, but if you know you are going to be cutting branches that are high up, then you should find one that is longer than that.

Jawsaws are fantastic tools, but somewhat confusing. Ultimately, it’s important to remember that jaw saws are tools designed for convenience, ease of use, versatility, and power. By following this guide of ours, you’ll be able to find the best jaw saw for fulfilling those basic purposes. 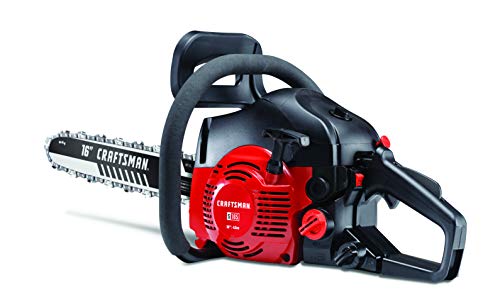