Winter is a force to be reckoned with. When the snow starts coming down, it usually doesn’t stop for quite some time. By the time it does, finally, stop, you’re left with a problem.

How do you get rid of all of that snow?

Now, if you’re like most people, you’ve probably heard of a snow blower. These handy contraptions are just like leaf blowers, but for snow. You use them to take the snow that is blocking your path and blowing it somewhere else.

Depending on where you live, they aren’t just a nice tool to have around. Instead, they are a necessity.

Buying any tool can be a little challenging especially if you aren’t sure what to look for. In this article, we’re looking at three Snow Joe snow blowers.

The Snow Joe iON18SB, iON21SB-PRO, and the ION8024-XR. These are all great snow blowers. But, they are all a little bit different.

By the time you’ve reached the end of this article, you will know what to look for in a good snow blower, and which one of these three is the best for you!

The Snow Joe iON18SB is a relatively lightweight device. It weighs only thirty-two pounds, in total. Due to the lightweight design, it is intended to be used on paved surfaces. Rough surfaces are doable, but far from advisable.

Sidewalks, patios, decks, and driveways are the main types of surfaces that this snow blower is supposed to be used on.

Now, this is a cordless snow blower. Using a 40V lithium-ion battery, the iON18SB gives you 50 minutes of run-time. Due to both the design of the battery, as well as the motor, it is a very nice and quiet tool.

Since it uses a battery and is cordless, there are a couple of extra conveniences. Such as not having to use any gas or oil, there isn’t any pull cord, and, of course, there is no possibility of tangling up a power cord.

Using a steel auger that comes equipped with two small, but powerful, rubber blades, the iON18SB can move up to 495 pounds of snow per minute. That’s a lot of snow in a very short period.

Here, we have a snow blower that is a bit bigger and a bit heavier – 36 pounds – and is meant for larger pathways and surfaces. If you have a large walkway or a large driveway, the Snow Joe iON21SB-PRO is a great snow blower. It is designed to accommodate those particular surfaces.

Once again, you have a 40V lithium-ion battery. However, this one lasts for 65 minutes, rather than just 50 minutes.

You have access to the same basic conveniences as well. Once again, this is a cordless snow blower, so you don’t need oil or any cords or anything like that.

Using a steel auger that, once again, is equipped with two small rubber blades, you can move up to 660 pounds of snow in a single minute. Due to the size difference between the two snow blowers, the iON21SB-PRO is more than ideal for big surfaces that have a lot of snow.

Finally, we have the Snow Joe ION8024-XR. Essentially, this is a much larger and more powerful version of a standard Snow Joe snow blower. 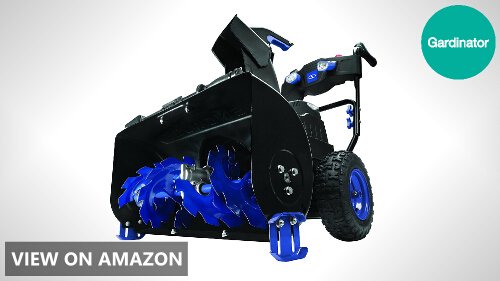 Instead of a 40V battery, you have an 80V battery. You also have two lithium-ion batteries, instead of one. Now, these batteries only provide 30 minutes of runtime, and that’s because of the sheer power that this particular snow blower gives you.

With the two-stage serrated steel auger, as well as an impeller, the ION8024-XR can easily plow through up to 1000 pounds of snow in a single minute.

So, Which One Should I Purchase?

Ultimately, this is a really easy question to answer. If you have small paths and surfaces that you want to plow – that are paved – then the iON18SB is a great choice.

However, if you have paths that are slightly bigger, and slightly rougher than the iON21B-PRO is a great choice.

Now, at the far end of the spectrum, if you have big, dense paths that are bumpy and intense, with lots of snow, then the ION8024-XR is the best of the best! 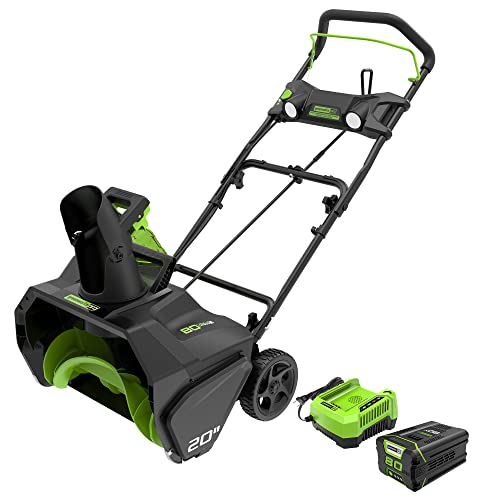 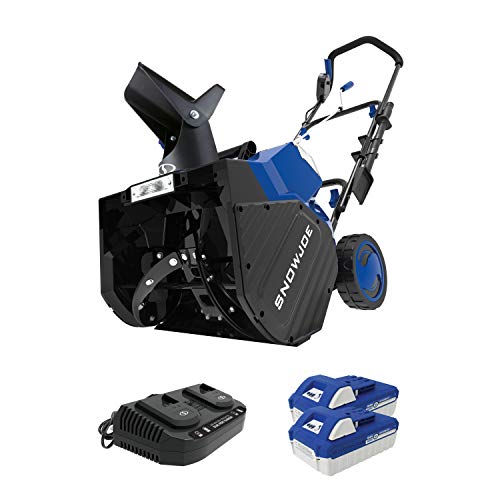 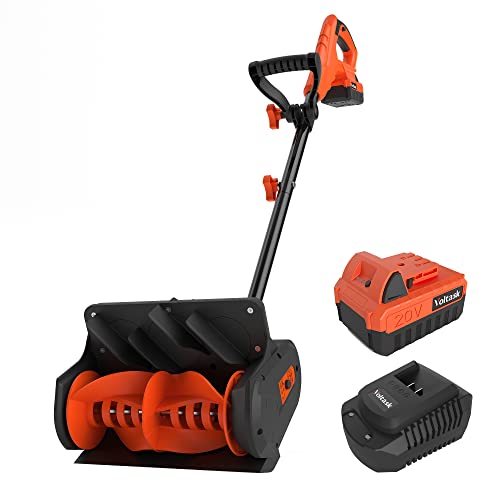