When buying a snow blower the most common question that comes up is which is the better snow blower; gas or electric. Well, worry no longer as we’re going to dive in and compare and contrast the strengths and weaknesses of electric snow blowers and gas snow blowers. Of course, the answer is also going to depend upon the size of the area that is being cleared and the type of terrain that is being worked in. We’ll also do a cost comparison and see what is the more cost-effective option and when spending the extra dollar might make the most sense. Let’s dive in.

The area that you’re clearing is going to play the biggest role in deciding which type of snow blower gas or electric works for you. If you’re really only buying a snow blower as an alternative to shoveling the driveway and your driveway is less than 50 ft in length then an electric snow blower could work quite well.

One of the main difficulties with the electric snow blowers is that they usually use a cord and that means you’re chained to an outlet and have a limited range of motion. If the surface you’re clearing isn’t flat and takes you out farther than 100 feet from an outlet, a gas snow blower is probably going to be more convenient.

Less power means less snow is getting moved and it’s getting moved at a slower rate. There’s less driving force behind an electric snow blower, which means you will have to put in more elbow grease to get it to move forward in the snow. This makes a big impact when working in uneven terrain especially as it can be hard to provide that driving force if fighting against gravity.

Benefits of an Electric Snow Blower

If you’re environment-conscious they’re also much better for the environment as they obviously do not use gas. Maintenance is easier on electric snow blowers as there are fewer parts involved.

Benefits of a Gas Snow Blower

Gas snow blowers don’t have a cord, which means your motion isn’t restricted by how far you can safely move around while leashed to an outlet and if you’re like me that’s a big benefit as the idea of snow and electricity is just a bit frightening. The cost of gas snow blowers is a bit higher than electric snow blowers although there are more affordable models as well. You’re looking at a range between $250 to as high as you want to spend really, there are models that cost over $3000.

Hopefully, this article was able to provide some insight and inform you on, which might be the better buy: snow blower gas or electric. Most people understand the comparison between the two as it’s similar to the trade-offs between buying a gas lawn mower vs. a push mower.

Electric snow blowers aren’t quite as hard to use as push mowers though. Another con of gas snow blowers that we didn’t touch on is that they can be quite loud at times, so if you’re snow blowing at night you might want a quieter electric model. For me personally though, yard work is always going to be loud and the more powerful tool the easier the job and the more enjoyable. 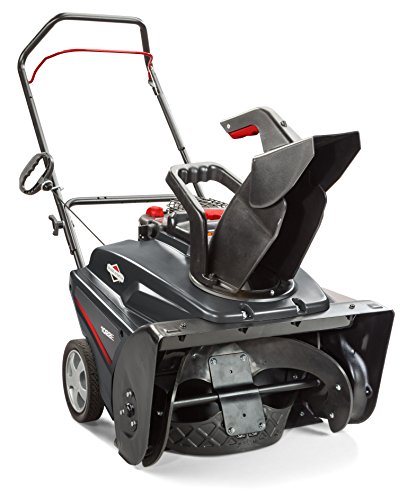