If you’re in the process of buying a weed eater, then there’s probably a question on your mind. Electric, or gas, what should I choose?

In this article, we’ll be looking at what those advantages and disadvantages are. Using this information, you’ll be able to choose the right weed eater that will serve and fulfill all of your weed eating needs!

Unlike a gas-powered weed eater, electric weed eaters don’t run on fuel. Instead, they run on electricity that can either come from a socket that the device is plugged into or a battery. This, of course, leads to the question of “Corded, or cordless?” which we will go into in a moment.

They are also much quieter devices, in comparison to gas weed eaters, due to the differences in how the motor is operated, because of the different power sources. If you don’t like working with loud equipment, then an electric weed eater is the choice for you.

In terms of power, they are very well-equipped to deal with things like weeds – obviously – and grass. However, for the most part, they aren’t as powerful as gas weed eaters. Which brings us to the disadvantages of owning an electric weed eater…

Power. For the most part, they just aren’t as strong as gas weed eaters. If you want something really strong, you can find it, but it will cost you more money.

Another distinct disadvantage is that if you are using a corded electric vacuum, then you won’t be able to work on projects that are far away from an electrical source.

However, this disadvantage evaporates if you are using a cordless electric vacuum. But, then you have to deal with the battery-life situation. More often than not, these batteries don’t last as long, on a single charge, as gas weed eaters do. However, that being said, they cost less to recharge, and if you have multiple batteries stocked up, already charged, this is less of a disadvantage.

The biggest advantage that a gas weed eaters presents is its power. For the most part, gas weed eaters are far more powerful than their electric counterparts. The engines are stronger and more durable, giving you the ability to take on bigger projects. Along with that, gas weed eaters tend to last longer than cordless electric weed eaters.

Reach is another advantage, assuming you aren’t using a cordless electric weed eater. If you aren’t, then having the mobility of a gas weed eater is very notable.

Due to the engine, gas weed eaters produce a lot more noise. This can be annoying, because some of them are VERY loud, and it’s recommended that you use earplugs. Along the same lines, they also produce more fumes, which is not only hazardous to the environment, it can also affect your sinuses and lungs, so you might want to wear a face mask, to prevent you from breathing the fumes in.

Since they use gasoline to operate, you’ll need to spend more time maintaining the engine. This requires you to make sure that you’re using the right fuel – some require mixed fuel – and to make sure that the gasoline isn’t in the motor for too long. Along with that, messes will, inevitably, take place, and those can be annoying to clean up.

What Should You Buy?

If you want power, then you should get a gas weed eater. However, it isn’t as convenient or easy to use as an electric weed eater. But, if you are working on big projects, it is the best choice.

If you want a convenient and easy experience, then an electric weed eater is easily the best choice for you, assuming you’re okay with not having access to as much power. 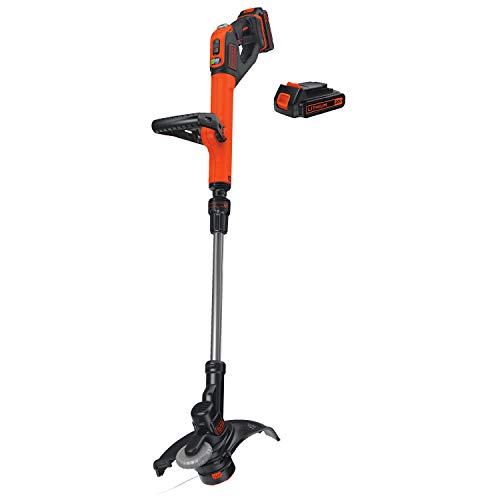