If you live in cities where snowfall is more of a problem than a blessing, then you’re in definite need of a snow blower. They pick up and toss huge amounts of snow in hardly any time at all, so you (or your kids) don’t have to spend hours and hours shoveling.

Snow blowers can either be powered by gasoline or electricity. Gas snow blowers are the larger, more powerful type of snow blower that can swallow snow banks as large as 2 feet tall. Unless your city experience snowfall that’s measured in feet, you may not necessarily need such a heavy-duty snow blower.

Most homeowners looking to toss snow away from their driveways and will more than likely turn to electric snow blowers. This is the smaller variety of snow blower that can tackle snow mounds as tall as 16 inches. Their electric motors don’t release toxic gases into the air, so they’re staff to store indoors between snow-throwing sessions. 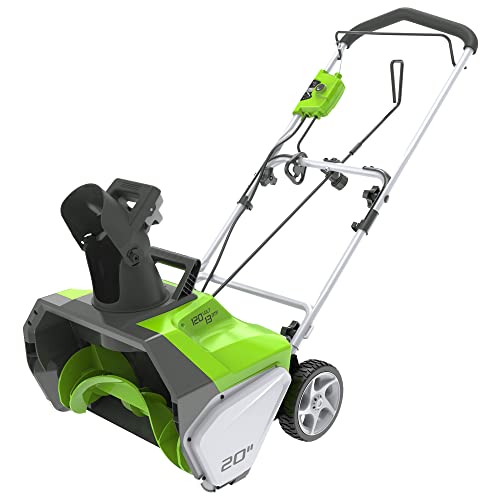 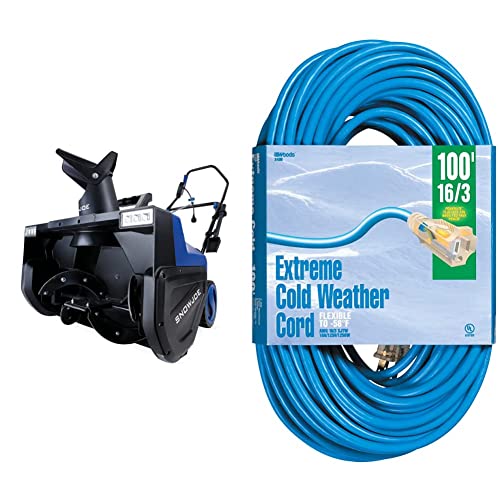 Our Recommended Self Propelled Electric Snow Blower in 2022 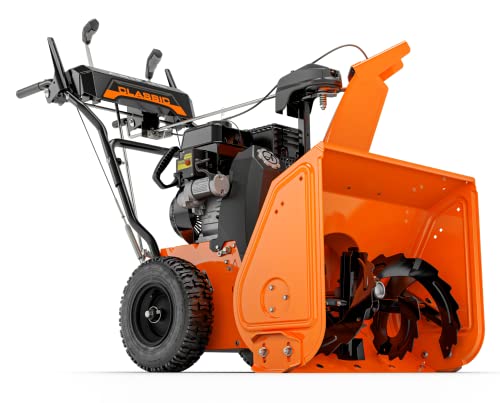 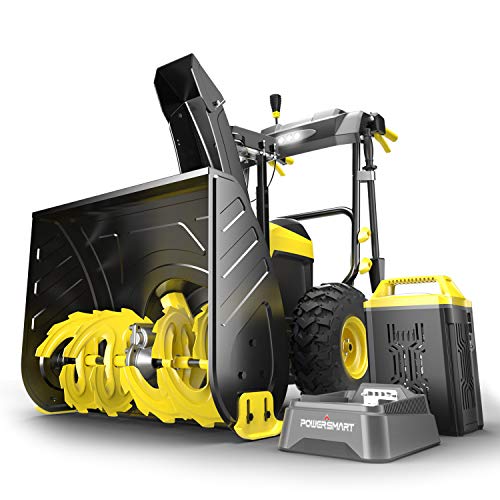 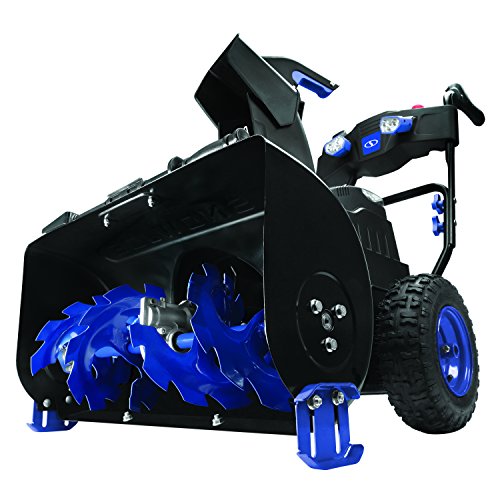 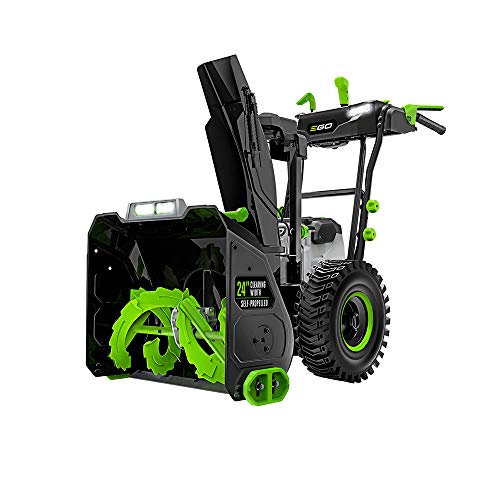 The classic debate of whether corded-electric tools are superior to cordless or vice versa is one that’ll never reach an end, at least for the time being. They both come with their own sets of advantages and disadvantages.

Corded-electric snowblowers need to be plugged into a power outlet to turn on. As long as your home has a constant supply of electricity, a corded-electric snow blower can run for the entire time you’re throwing snow. You’ll only experience downtime when plugging the tool into another power outlet closer to where you want to work. Of course, you can employ the help of a long extension cord to give you a maximum range of movement, but you need to make sure that the extension cord is safe to use outdoors and in the middle of snow.

As for cordless electric snow blowers, you don’t need to worry about plugging in and unplugging any power cords since they draw power from built-in batteries. Since there aren’t any cords to tie you down, this type of snow blower can reach all the corners of your property without any problems. That is, of course, if the battery still has some juice in it. The main drawback of cordless snow blowers is that they have limited battery life; at most, you can get 40 minutes of usage before the needing to recharge.

The largest issue people have with snow blowers, in general, is that they can easily get trapped in the snow. Ironic, isn’t it, that the problem you’re trying to solve is the very problem that can put your snow blower in a bind?

Luckily, new electric snow blower models have a self-propelling engine which pushes the machine forward or backward depending on which gear you’re on. When your machine gets stuck in a snow mound, simply put it in reverse and carefully guide it away from the trap. Operating one of these bad boys has never been easier.

Snow blowers come as either single- or double-stage units. Even though there are also triple-stage snow blowers, no electric snow blower models are equipped with an accelerator (the third stage) to push large snowbanks into the impeller fan so let’s just look at the first two stages.

Single-stage snow blowers rely on an impeller fan to suction up snow and discharge it out of the chute. This type of snow blower is designed to handle non-compacted snow. Moist or dirty snow may cause some problems with the impeller fan.

Double-stage snow blowers are larger than their single-stage counterparts. They come with beefier motors to chomp down on large snow mounds. In addition to having an impeller fan, this type of snow blower also has steel augers which destroy clumped-up snow and layers of ice.

Single- and double-stage snow blowers typically have different clearing capabilities. Single-stage snow blowers, due to their light motors, have intakes that can remove snow that’s 16 inches wide and 12 inches high. Double-stage snow blowers can clear around the same width while swallowing snow mounds up to 16 inches tall in a single sweep. Even though larger is better, larger, in this case, means finishing clearing your driveway of snow in less time. If time isn’t a factor, a smaller intake would be the more cost-effective choice.

Large snow blowers come with either tires or tracks to help support its heavy body and casing. Pneumatic tires are a lot better at keeping the snow blower stable on icy surfaces, whereas tracks offer little to no traction on ice. On the other hand, tracks offer more traction when working on flat or gravely surfaces. It’s generally believed that tracks are the better option between the two, but it really depends on the texture of the surface you’re clearing.

The only way to guarantee maximum traction on any surface – whether it be icy, grassy, or gravely – is with tire or track chains. Some electric snow blower models may not come with a set of chains for their tires or tracks, so we highly recommend purchasing your own, especially if you’re making the transition from snowy yards to slippery walkways and driveways.